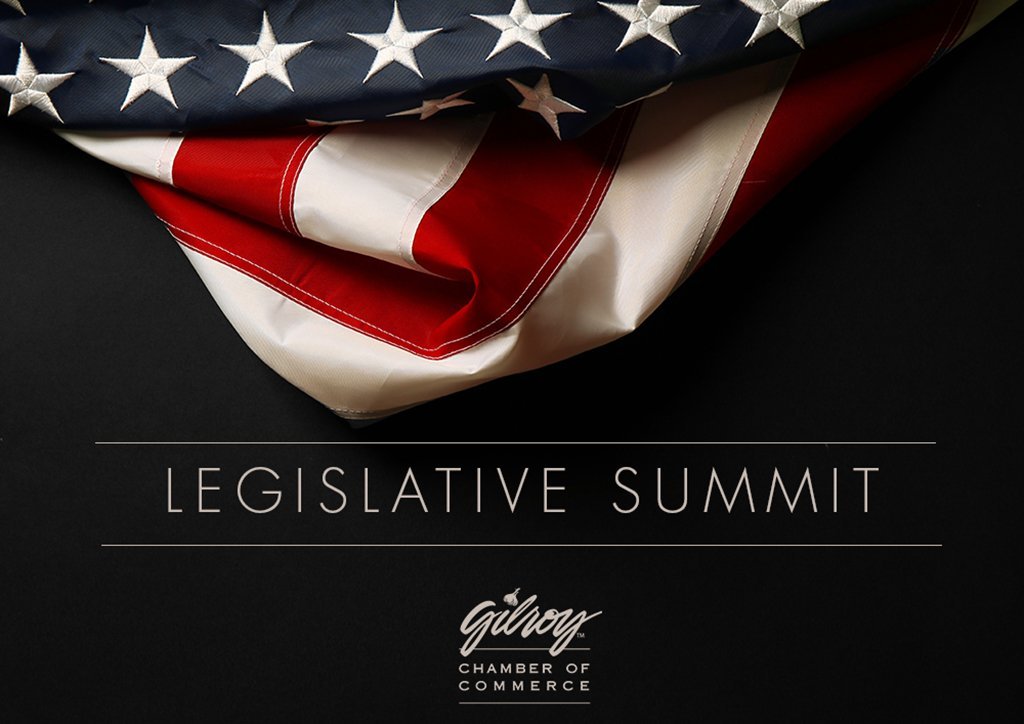 In April 2021, the Gilroy Chamber of Commerce was honored to bring you our 8th Annual Legislative Summit in spite of the COVID crisis. While we are unable to gather in one location, we were still able to pull together our elected officials who represent all of South County.

We hold this event each year to allow business owners and residents the opportunity to hear from their representatives. The Legislative Summit supports the Chamber’s ongoing role as Gilroy’s leading business and advocacy organization representing the interests of business with government along with promoting policy positions on critical issues that will impact member businesses as well as the community at large.

On behalf of the Gilroy Chamber of Commerce Board of Directors, we thank you for taking the time to view the various interviews and discussions with our elected officials. A special thank you to our sponsors and Circle of Influence members.

Zoe Lofgren has been a Democratic member of the United States House of Representatives since 1995. She represents the 19th District of California, based in the “Capital of Silicon Valley,” San Jose, and the Santa Clara Valley.

In 2019, Zoe was appointed Chairperson of the Committee on House Administration by Speaker Nancy Pelosi and confirmed unanimously by the House Democratic Caucus. The Committee on House Administration (CHA) was established in 1947 as part of a larger effort to streamline the U.S. House of Representatives’ committee system and to modernize its internal management and operations. After more than 70 years since the committee was established, CHA’s two principal functions include oversight of federal elections and day-to-day operations in the House. Historically, the committee has had a hand in shaping legislation that touches on any and all aspects of federal elections. Issues concerning corrupt practices, contested congressional elections, campaign finance disclosures, and credentials and qualifications of House Members also fall under its purview. Additionally, she is a member of the Select Committee on the Modernization of Congress, formed to make Congress more transparent, unifying and responsive to the needs and aspirations of the American people.

Zoe is also the Chair of the California Democratic Congressional Delegation. It is the most diverse delegation in the House and outnumbers all other state House delegations.

Zoe and Mark had the opportunity to meet virtually and discuss the issues most pressing to Santa Clara County.

Congressman Jimmy Panetta serves California’s 20th Congressional District in the U.S. House of Representatives. Panetta represents California’s Central Coast covering all of Monterey and San Benito Counties and southern portions of Santa Clara and Santa Cruz Counties. Through Congressman Panetta’s eight years of service with the United States Navy Reserve, he has a deep and personal connection to our nation’s veterans and military families. In addition to serving his nation in uniform, Congressman Panetta served as a board member of the Veterans Transition Center where he focused on ending veterans’ homelessness and improving resources for his fellow veterans and their families.

Known for having a “head for numbers and heart for people,” Santa Clara County Supervisor Mike Wasserman was first elected to the County Board of Supervisors in 2010 and re-elected in 2014 and 2018. Prior to his election, Mike served eight years on the Los Gatos Town Council, including two terms as Mayor. He represents the 400,000 residents of District 1, which is the largest of the five districts at 700 square miles and includes a quarter of a million people in San Jose and all of Los Gatos, Monte Sereno, Morgan Hill, San Martin and Gilroy. Mike serves on 28 committees, including Chairing the County Library District, Traffic Safe Communities Network, South County United for Health, the Santa Clara Valley Habitat Agency Governing Board and the Emergency Operational Area Council.

This year, Mark and Mike discussed  COVID-19, Housing and Homelessness, and Drought Conditions.

Director Varela was appointed to the Santa Clara Valley Water District Board of Directors in December 2015. He was elected by the voters in November 2016; re-elected in 2018, and his current term expires in 2022.

Director Varela is a former Morgan Hill city mayor and councilman. He serves on the Board of Directors for Joint Venture Silicon Valley, the Local Agency Formation Commission (LAFCO), Morgan Hill Chamber of Commerce, and the Pajaro River Watershed Flood Protection Authority. He is also involved in the South County Regional Wastewater Authority and Safe Clean Water Independent Monitoring Committee.

Gilroy Mayor Marie Blankley was first appointed to the Gilroy City Council to fill an open seat in 2018, and later that year was elected to a four-year term. She served as mayor pro tempore in 2019 and was elected as Gilroy’s Mayor in 2020.

She previously served on the city’s planning commission from 1992-99, as well as the Chamber of Commerce board and other community organizations.

Listen to what she had to say about some of the toughest issues facing Gilroy, as well as some beams of hope here.

Rich Constantine is a proud resident of Morgan Hill, where he lives with his wife, Andrea, and daughter Emma. He was an elected member of Morgan Hill City Council from 2010-2018 and was elected Mayor on November 6, 2018.

He has served our region as a firefighter with the San Jose Fire Department and has volunteered as a member of the United States Air Force Civil Air Patrol with the search and rescue unit where he achieved the rank of 2nd lieutenant. He has volunteered his time coaching youth football for many years and dedicated his time to organizations such as March of Dimes, Susan G. Komen foundation, MDA, San Jose Burn foundation and American Red Cross. He also volunteered at the Bernard Mevs Hospital in Haiti to treat critically injured and ill Haitians after the 2010 earthquake.

In his free time Rich is an avid skier and, in the past, has competed with his Fire Department team. Rich also enjoys scuba diving. One of his greatest passions is all things aviation and taking his family flying.

Boris Lipkin was appointed by Governor Jerry Brown in 2018 and reappointed by Governor Gavin Newsom in 2020 to the High-Speed Rail Authority staff as the Northern California Regional Director following a variety of other roles on the high-speed rail program since 2011. In this role Boris is leading the effort to bring high-speed rail to Northern California.

In this year’s video, Mark and Boris discussed what High Speed Rail would mean to South County, and where the project currently stands.

"Joining the Gilroy Chamber of Commerce is one of the best business decisions I have made."

"While facing some delays opening our taphouse the Gilroy Chamber of Commerce intervened. Their creative approach to problem solving saved the day. The Chamber’s connections made a difference for us."

"The Chamber has done a great job keeping me informed."

"We have been able to rely on the Chamber whenever we needed to be connected to people, resources and information."

"We have been actively involved in the Chamber for 20 years. We continue to stay involved because of the critical information they provide."

"As a Gilroy Chamber of Commerce member, I’ve met more people, been able to give back to the community and be involved in decisions that affect our local economy."